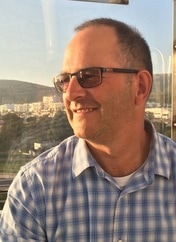 I am a graduate of the University of Sussex (Politics BA Hons, 1992); University of KwaZulu-Natal (Development Studies Masters, 1998); and University of California at Berkeley (Geography Ph.D., 2005).
​I was a Mellon post-doctoral fellow at Dartmouth College from 2005-6.
I have a longstanding interest in South Africa that stems from a year I spent teaching in a township in the former "homeland" of Transkei between 1988-9. Since then I have lived in the country for long periods. I am currently an Honorary Research Fellow at the School of Development Studies at the University of KwaZulu-Natal. I also have a longstanding interest in political economy having worked for a Trade Union in the U.K. from 1992-5.
I try not to be constrained by disciplinary boundaries and draw inspiration from not only geography but anthropology, history, and sociology.
Broadly, my research interests include: health, political economy, ethnography, AIDS, sexuality, education, and labour.
​email: mark.hunter@utoronto.ca